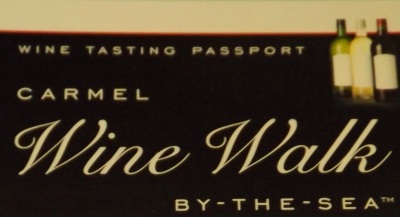 The following wine rooms on the Carmel Wine Walk by-the-Sea Passport are all located on Seventh Avenue between San Carlos and Dolores.  They are listed as #7, #8, and #9 on the street map. This map is also shown at the end of this post. 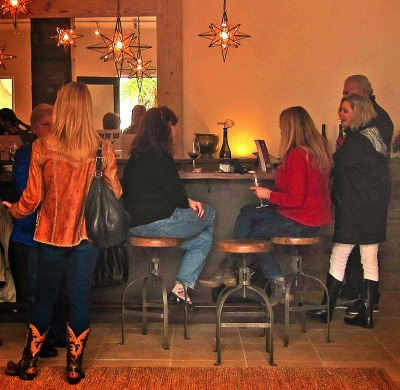 You will find Dawn’s Dream behind Thinker Toys in the Plaza San Carlos NW Corner of  Seventh Avenue and San Carlos.

White’s poured are a Chardonnay and Savignon Blanc.  Also try the “Trilogy of Sisters,” three Pinot’s named after Dawn’s daughters: Pinot Alyssa which has hints of persimmons and vanilla, Pinot Nicole, with hints of brown sugar and gooseberries, and Pinot Rachael with hints of maple, cedar and tea roses.

Currently a $10 flight of wine consists
of seven 2 ounce pours.

Even your pets are welcome.

Carmel-by-the-Sea is a very small community where businesses work together to support and promote each other.

In this fashion, Dawn’s Dream has also partnered with Vendange Carmel Inn & Suites, which offers rooms decorated by local wineries.  The Dawn’s Dream room is a Standard Queen on the second floor. 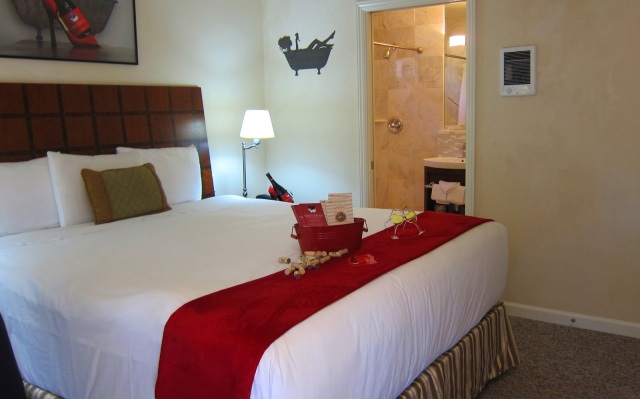 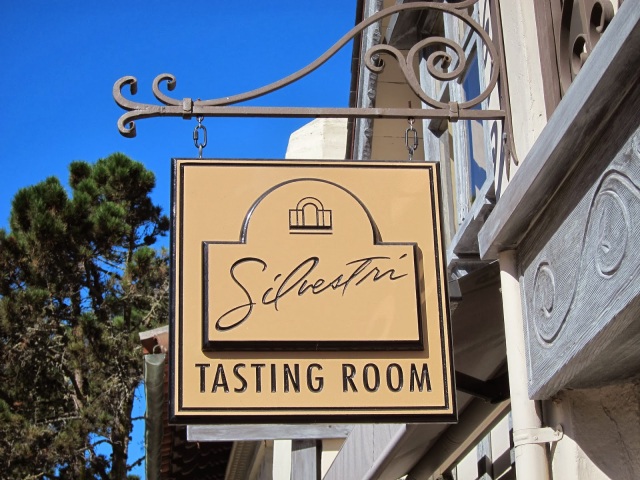 In 1989, after a successful career as a music composer, writing over 100 scores for film, Alan Silvestri moved his family of five from Los Angeles to the Carmel Valley. 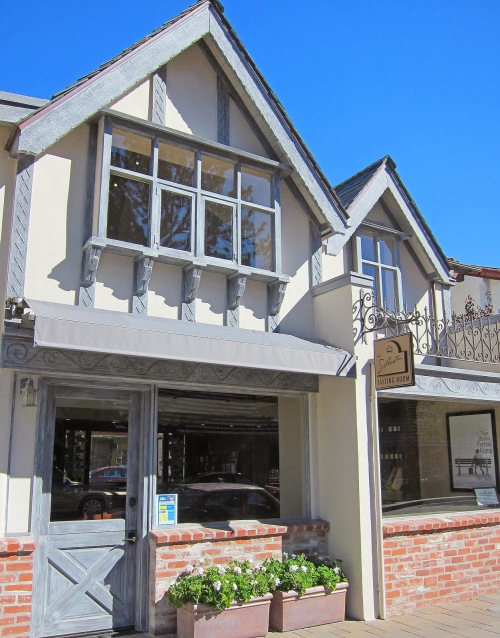 In the spring of 2000 Alan and his wife Sandra began a new adventure.  They planted three varieties of grapes on their ten plus acres in Carmel Valley.  Their first harvest of 100% estate grown grapes of the Silvestri Vineyards was in the Fall of 2003.

Silvestri Vineyards Wine Room, decorated with movie posters for which Alan wrote the score, is located on Seventh Avenue between Dolores and San Carlos. 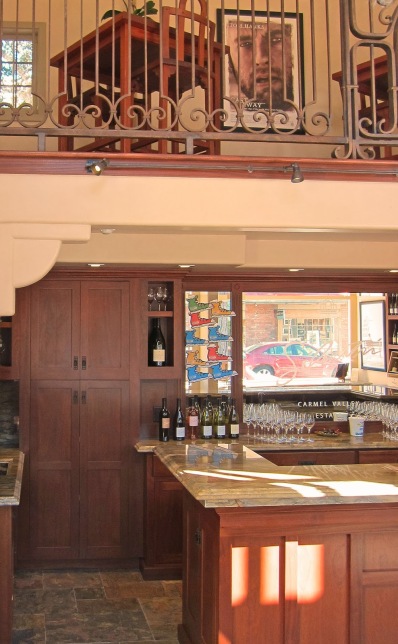 As passionate about his wine as he is about his music Alan says, “There’s something about the elemental side of wine making that appeals to me. Both music making and wine making involve the blending of art and science.  Just as each note brings its own voice to the melody, each vine brings its own unique personality to the wine.” 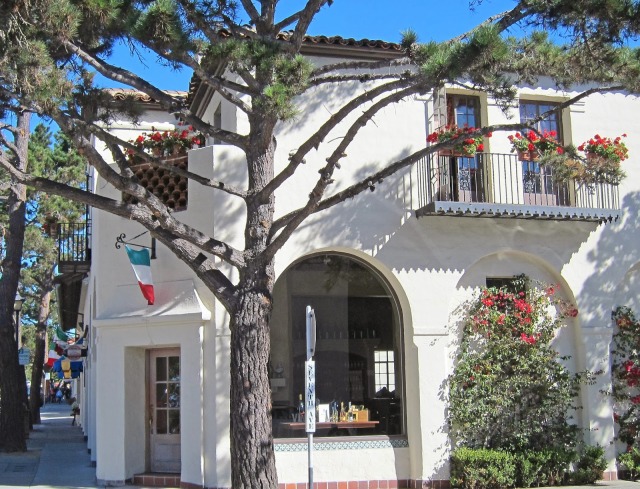 Vino Napoli is the largest tasting room in town with over 3,000 square feet it features two flat screen TV’s , and a half dozen café style tables set on top of wine barrels all… 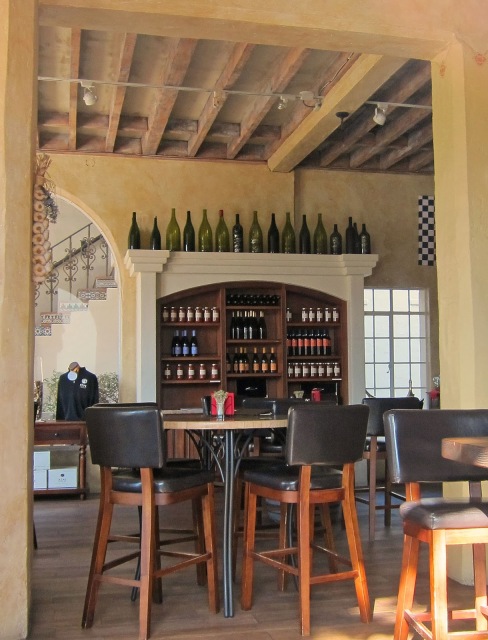 warmed by a cozy fireplace.

Vino Napoli is not only a tasting room, but it is also a wine bar.  Meaning besides enjoying a tasting flight, you may purchase a regular 6 ounce pour glass of wine and stay awhile.

There is also a selection

The wines featured at Vino Napoli are selected from partners and close friends of the Pèpe family.

In 2001 the Pèpe family offered their first vintage and today they are proud to offer a selection of four different wines from current vintages.  Try Pèpe Vesuvio a blend of Cabernet, Merlot and Syrah or Pèpe 100% Chardonnay. Must be over 21 to enter.